The Right Prescription for Congress

The Right Prescription for Congress

I live and work here in the Imperial Valley, and like many of you, family, freedom and our way of life in the valley and the 25th District are very important to me.

As your Representative, I will fight every day for you and our community to:

School Choice For Our Children

Dr. Tyson, a Republican candidate for Congress in California’s 25th Congressional District, is the son of a patriotic military family. Brian was born into an Air Force pilot’s family, on a military base in Ft. Walton Beach, Florida. As military service goes, his parents relocated multiple times during his early years before landing in Redlands, California. He learned at an early age that hard work, service to others, and caring would be his calling; first as an emergency room physician and later as the owner and primary provider of Urgent care centers.

Together with his friend and colleague Dr. George Fareed, they decided to share the insights, knowledge gained, and data documented working on the frontlines of the pandemic, treating patients who presented with early infection. And out of that belief to uphold their oath to treat patients they wrote, “Overcoming the Covid Darkness,” currently a national bestseller.

Find It On Amazon 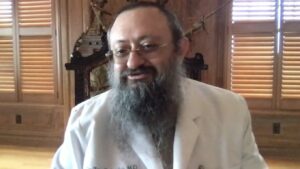 Dr. Brian Tyson on Taking Out a $250k Loan to Treat His 10,000 Patients, and Running for Congress

Listen to Dr. Brian Tyson speak at the “Defeat the Mandates” Rally in Los Angeles.

Listen to Dr. Brian Tyson’s full interview on Sean Hannity. Your browser does not support the audio tag. To download and listen, click here.

I want to hear from you! Sign up to receive my newsletter and updates.

PAID FOR BY TYSON FOR CONGRESS